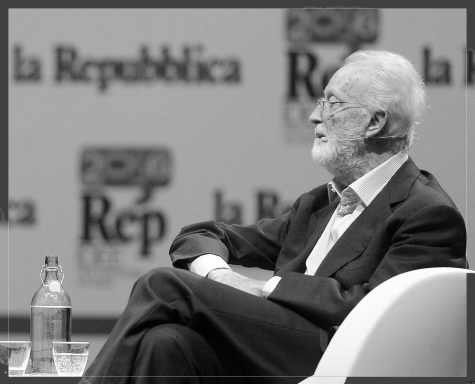 The death of Eugenio Scalfari was the occasion for yet another manifestation of snobbery on the blog of the Proletari Comunisti-Pcm Italia  group which found a way, this time, to incense Scalfari at the time of the founding of Repubblica. This is not political amateurism, which in itself could also be excusable, given that in a context where there is a lack of a political party, this kind of ‘disease’ can only be endemic. Instead, we have a pragmatic philosophy, aimed at presenting its politics as the heir and continuer of whatever in our country has the semblance of having been democratic, progressivist and revolutionary.

To this end, they do not hesitate time and again to distort the history, economy, political life and culture of our country, turning fireflies into lighthouses of the proletarian revolution. Or they exaggerate and absolutize the scope of contradictions that are secondary or, ultimately, entirely internal to the necessary competition between the various subjects dedicated to the exercise of hegemony, on behalf of the bourgeoisie, over the proletariat and the popular masses.

The Proletari Comunisti-PCm Italia  is a group that deserves to be considered and followed with particular attention simply because of its decades-long presentation in our country as the representative of the world Marxist-Leninist-Maoist movement and the New Democracy revolutions (India, Philippines, Peru) led by the relevant parties.

The pragmatic logic of the Proletari Comunisti-Pcm group often mocks the need for scientific and objective treatment. There is thus a surplus of ad hominem phrases in the face of few arguments, which, moreover, are intermingled with what are in fact appeals to sentiment instead of reason. This is often unprincipled political journalism.

All of this, it would seem, is taking place for the purpose of transversal consensus-building, at least as far as the alleged world of the ‘left’ and the far left are concerned. In reality, more than a transversal search for consensus, what we are dealing with here is an attempt to bring together ‘fragments’, i.e. to fish, on one side or the other, failed ‘Marxist’ intellectuals, ‘political and union cadres’ in crisis and in disarray ground down by unsuccessful experiences, young people animated by a particular spirit of struggle, but far from having adequate historical knowledge and effective Marxist-Leninist-Maoist ideological bases, without in the least raising their theoretical and political level.

The editors of ‘Proletari Comunisti -PCm”s blog boast of having attracted more than tens of millions of visitors. We hope that even these figures are not the expression of a logic where ‘to be’ one must first ‘give the impression of being’; to ‘become what one would like’, give the impression of already being ‘a great party’. In the end, this would be not just provincialism, but a classically Italian pathology, the same pathology on the basis of which a ‘rag-tag imperialism’ and a fourth-rate ‘industrial country’ likes to put on a big show and present itself to the popular masses as an economic, political and military power on par with all the others.

We were talking about the death of Eugenio Scalfari and the ‘transfiguration’. We could make an unending roundup of the VIPs commemorated on their death by the editors of the Proletari Comunisti-PCm blog. We could recall the populist exaltation of a politically ambiguous and obscure character like Maradona[1], the apologia of Gigi Proietti[2], who for decades contributed to the increase of reactionary and irrationalist junk culture in our country. We can continue by talking about Raffaella Carrà[3], also commemorated by Proletari Comunisti-PCm, known, among other things, for the welcome given to her at the time by the Argentinean coup regime (to accede to its demands, she agreed to modify the lyrics of some of her songs for the tour also sponsored by the Argentinean state TV). Or we can quote ‘Gino Strada’, president of the NGO Emergency, defined on that blog as ‘a great anti-imperialist fighter’, when the latter was actually contributing to the reconstruction of Afghan civil society in the service of Italian state capitalism.

Now, however, we have a small ‘quantum leap’. In the 17 July article ‘Scalfari died so long ago and Repubblica has now turned into a warmongering leaflet’ ( https://proletaricomunisti. blogspot. com/), the filibuster Eugenio Scalfari is commemorated in the pages of the blog of Proletari Comunisti-Pcm in the following terms: he was an “innovative journalist, author of important pages in the history of our country against the Christian Democrat/Craxian power first and Berlusconi’s power later” … promoter of “a journalism of denunciation of black plots, state fascism, corruption”.

From a Marxist point of view, a journalist is an ‘innovator’ if he is democratic and progressive, that is, if in one way or another he approaches the proletariat and communist ideology. Indeed, in imperialism, it is no longer possible to have a ‘democratic’ point of view divorced from that of the need for socialism. Eugenio Scalfari was nothing of the kind. To understand his intellectual trajectory, one would have to go back to the twenty-year fascist period and the relative fusion of fascism and liberalism in the various fields of Italian economic, political and social life. That is to say, many, if not most, fascist intellectuals became ‘anti-fascists’ when it became clear that, with the victory at Stalingrad, Nazi-fascism had lost; that is to say, when it had become clear that in order to fight the USSR and the development of the revolution of popular democracy in Italy, support had to be given to Badoglio and the ‘allies’ (the USA and Great Britain above all) and a reactionary ‘anti-fascism’ had to be developed. Objectively, Eugenio Scalfari, then just over 20 years old and back from his fascist militancy, belongs to the generation of fascist-liberals later transformed into ‘anti-fascists’, who often became Crocian-Tgliattians. Thus Eugenio Scalfari, henceforth closely associated with other ‘intellectuals’ characterised by this matrix, joined the Liberal Party, a semi-fascist party which, at the time, was further to the right than the Christian Democrats themselves.

However, this intellectual world to which Scalfari fully belonged was in turn intertwined with the entrepreneurial, i.e. monopolistic, world. And this, in the decade following the Second World War, also translated into the work aimed at an adequate reconstruction of reactionary civil society (power parties, including by now the togliattian party, corrupt trade union leaderships, mass media, Catholic Church, hegemonic apparatuses, charity and social assistance, etc.). Obviously such reconstruction, while opening up spaces of power for new strata of the small and middle privileged bourgeoisie, took away as many from the still largely semi-feudal rents. Hence, for example, the ramshackle coup attempt following the formation of the first DC-PSI centre-left. An attempt that was also subsequently denounced by Scalfari, who in this manner was also able to rebuild a ‘democratic’ public image.

In this context, Eugenio Scalfari swiftly launched himself into the race to occupy the still uncovered spaces in the Italian mass media market, in the editorial offices of influential weekly newspapers of the time, perhaps without missing the opportunity to become a shareholder in the relevant media monopolies. Along with all this, he was not above using his journalistic investigations to support this or that economic and political fraction of the bourgeoisie against the opposing one.

It is only by stepping away from this reality, from this full internality of Eugenio Scalfari to this reactionary world of economic and political intrigue, that one can present him time and again as ‘anti-fascist’, and as ‘anti-Golpist’ (remaining silent, beyond his youthful unabashed affiliation to the Mussolini regime, of his connection to the liberal party) and as ‘anti-Craxian’, forgetting that before the rise of Craxi, Scalfari had become a deputy of the PSI, and still forgetting that Scalfari, attacking with his reportage and journalistic dossiers a part of the ultra-corrupt Italian financial-entrepreneurial world, was doing all this in the service of another fraction, equally reactionary and equally corrupt. Thus from the hands of Eugenio Scalfari sprang the work that many had already tried, unsuccessfully, to bring into being: la Repubblica. another influential national newspaper, representative of the interests of the imperialist bourgeoisie.

Now our alleged Marxist-Leninist-Maoists, i.e. the Proletari Comunist-PCm group, are proposing to us here not only the fable of Eugenio Scalfari’s anti-Craxian, anti-Berlusconian, anti-fascist, anti-Golpist, etc., etc., innovative character, but also of Eugenio Scalfari as the founder of la Repubblica. That is, we are being fed the usual commonplace of the bourgeois and reactionary ‘left’ according to which la Repubblica, at least for a whole phase, was a democratic and progressive newspaper. The idea of the two phases of Eugenio Scalfari’s publishing activity and the two phases of la Repubblica, the former being innovative and progressive and the latter reactionary, is a hoax to the detriment of the class consciousness of the proletariat, the popular masses, and above all the youth of the opposition movements, which all too often take what is peddled to them by the old and seasoned ‘revolutionary militants’ as gold. 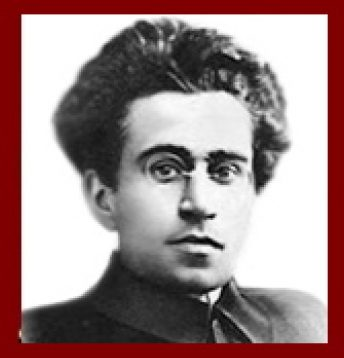 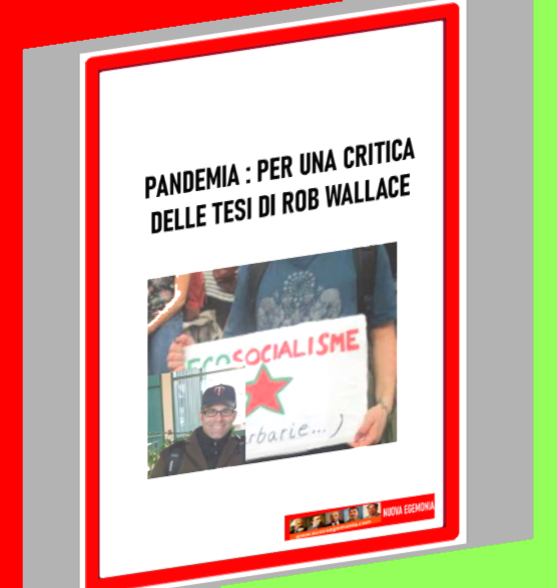 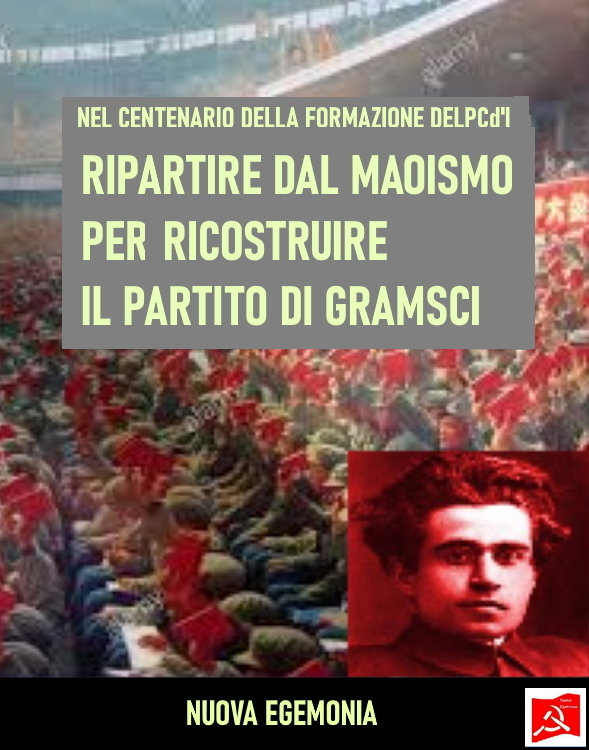 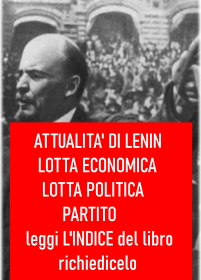